Construction Spending is Back

Comparing current $ spending to previous year spending does not give any indication if business is increasing. The inflation factor is missing. If spending is increasing at 4%/year in a time when inflation is 6%/year, real volume is declining by 2%. 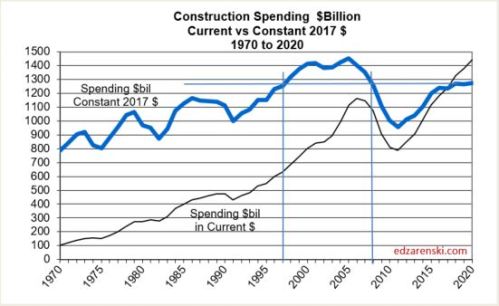 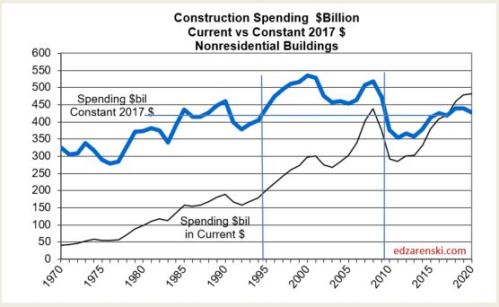 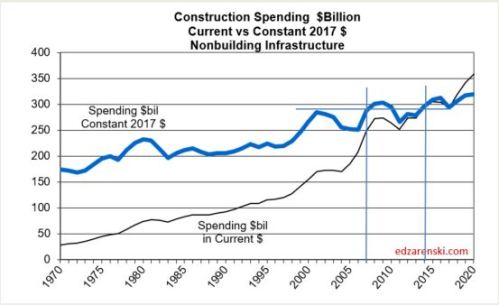 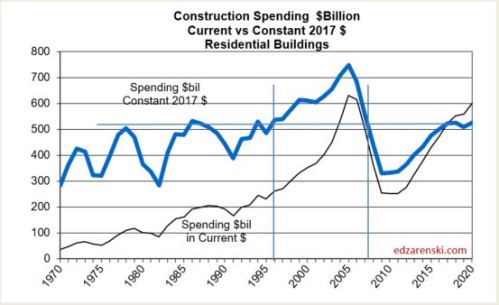 This has several implications besides misleading headlines that claim construction is at a new high. Just look at the period 1996-2007 on the residential plot. Spending in current $ increased 130% from $270 billion to $620 billion. But this was during a period that recorded some of the highest residential construction inflation on record. Inflation was 90%. Follow the guidelines up to constant$ and see that real volume increased only 40% from $530 billion to $750 billion.

If you are hiring to meet your needs and you see that spending (revenue) has increased by 130%, do you hire to meet revenue? No. Hiring requires a knowledge of volume growth. Residential jobs during this time frame increased by 55%, more than real volume growth, but no where near the 130% spending growth.